I would love to see this feature come to works. Be able to limit a users CPU usage on the server. When it reaches X amount his site gets suspended temporarily

Please give us this feature

We’ll see what we can come up with.

Check out the following links. They may provide you with what you need: 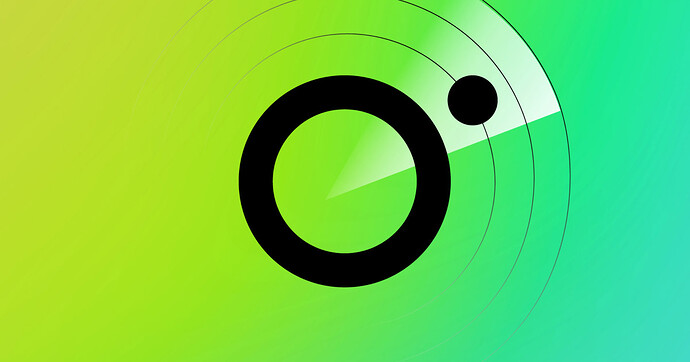 Now, next, and beyond: Tracking need-to-know trends at the intersection of business and technology

great would be nice feature

Not much to report just yet

Code My Own Road

So, it seems it is possible to get the advantage of VPS hosting at the cost of shared hosting price.

“They’re not changes you’ll notice in your daily use…” Well, that’s disappointing.

Nothing against bluehost, I’m just poking fun at techo-marketing speak. I’d love to have them as a customer

Oh no!. This one too just another overselling cheat (Over 20,000 New Customers a Month, 1 million sites hosted, … etc etc ).

Initially I didn’t believe them as genuine, but after visiting the CEO’s blog and knowing a site I usually download from (hosted at bluehost), I thought it could be genuine. (that site offers too many file downloads most of them very big; and I know that site for very long)

I am tired of all these cheats (powweb, ipowerweb, globat, etc etc). And I think they affect the genuine hosts a lot in getting customers. There should be some sort of ban for overselling.

Also, these kind of hosts offer big amounts (or just a claim?) in affiliate commisions ($65 with bluehost). Basically they try to cheat novice webmasters I guess.

In the past 30 years that I have been in the technology business I have had to upgrade hardware far too often. I want some of those unlimited capacity computers like they have. Just think about it…never have to upgrade again. (sarcasm intended)

In the past 30 years that I have been in the technology business I have had to upgrade hardware far too often. I want some of those unlimited capacity computers like they have. Just think about it…never have to upgrade again. (sarcasm intended)

The “unlimited” offer is very easy to over come, with this one statement:
“If unlimited is REALLY unlimited, why does Google spend millions on servers and data centers when all they need to do is get one unlimited $9 a month shared hosting account. After all its unlimited isn’t it?”
That is when I hear/see the light bulb go off in my prospects head.

Even though I do agree with everyone here, it’s hard to blame them for these marketing practices. I’d say about 95% of customers these guys host, saying unlimited works fine because they use such little resources. Then you get a few that use more, but that cost is covered by those who don’t. Then you have the people the consume too much and they pull out your TOS and tell them to upgrade to a VPS / Dedicated service.

I think about it the same way an all you can eat restaurant works.

The real culprit is whoever started it first…

Take the example of host A selling a $50 / year package that gives 100 GB of BW and 50GB of storage a month and host B is selling basically the same package for $50, but says it’s unlimited BW and storage. The uneducated customer is going to see that as a better deal and go with host B. Since 99% of both host customers use < 1GB BW and 500MB storage, this unlimited works out fine. So then host A has to jump on the unlimited bandwagon to not lose business.

Justin, I agree with you 100% it’s marketing and we (those of us in the business) all know 95%+ of users use very limited resources.

But its also unethical, the host knowing right up front it isn’t truly unlimited because the TOS places the limits on it, that 99.99% of the people do not take the time to read. Unlike the all you can eat buffet we all know you can’t take the food home and we all know we have physical limits, so the two really are not the same.

Its the job of the host to educate the uneducated, if a hosts only business plan is to chase the other hosts with more of this for less $$$, that host will always be second best. That’s not a very good business plan.

You offer more value to your service you can sell it for more money. The very reason we are getting a lot of business from the “Big” hosts who are much cheaper and offer the universe for nothing. Its a business plan that works really well for us.

You offer more value to your service you can sell it for more money. The very reason we are getting a lot of business from the “Big” hosts who are much cheaper and offer the universe for nothing. Its a business plan that works really well for us.

This is exactly what I do. Although hosting is just a way to have more control over websites I develop for clients than a main business, I still sell plans that people can actually use. People don’t mind paying a bit more for personal service that works well. Also, having InterWorx CP doesn’t hurt either…looks and works so much better than that Frankenstein Godaddy control panel (and better than CPanel and others as well).

The real culprit is whoever started it first…

Yes, I agree. And it’s Google. (offering GBs for mail storage when the trend was in MBs; all others had to offer like google did. And then the unlimited thing came to hosting I think. Thank god, the G don’t like hosting yet, otherwise there wouldn’t be any cpanel, iworx, plesk, etc…; G buys all data centers in the world and all hosters would use the G hosting with a panel created under python

But, I don’t know how actually the overselling works with mail providers (everybody encourages to not delete any mail and it seem to work so far even after many years!; the “99% people won’t use that much storage” won’t apply here, as year after year it gets added up unless old mails are deleted).

the “99% people won’t use that much storage” won’t apply here, as year after year it gets added up unless old mails are deleted).

It seems to work for Gmail, although at least one person has hit the limit.

Please give us this feature